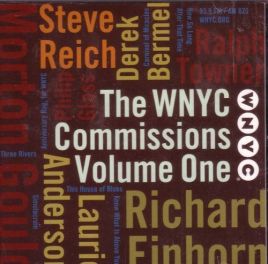 "Simulacrum" appeared on the compilation "The WNYC Commissions Volume One" in 2002.

This score is 40 pages, and is an instant digital download. The 30 second mp3 sample is performed by Christopher O'Riley, taken from the original live performance.

WNYC 93.9 FM is New York's flagship public radio station and has a long heritage of supporting living composers and live music, and a wide view of what the words "classical music" might mean. To celebrate the 50th anniversary of WNYC's FM station, John Schaefer, the musical director for an influential radio program at WNYC, sought to commission music from diverse and prominent American composers and performers, including such notables as Steve Reich and Philip Glass. Christopher O’Riley, the classical pianist, was hand-picked by John Schaefer as a performer, O’Riley specifically requesting that Ralph Towner compose the piece he would play. Towner’s piano solo entitled “Simulacrum” was the result, performed by Christopher O’Riley, premiering in performance May 20, 1999, live on the air at WNYC 93.9 FM.